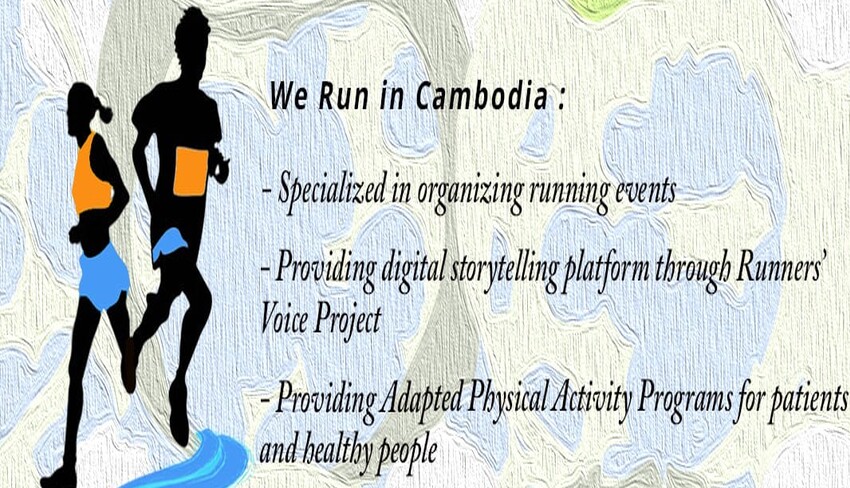 We run (in) Cambodia

A great time was had by runners as well as supporters in the inaugural Kep Halfmarathon - there had been two trial events in the past, but this was the first edition with government participation and prize money.

Many thanks to the governor of Kep province for his support and for getting the runners on their way!

Chun Bunthorn won the 10k in a solid 36:18, a great effort given the temperatures and the headwind on the way out. The results below show his teammate Chhat Phat in first position, but yours truly knows his sport mates and Bunthorn can't cheat us by running under a different name, LOL.

Phat Soput and Huy Seang completed the sub 40 elite division, but the other outstanding performance in the 10k was by Bo Samnang, Cambodia's female rising star, winning in 46:57.

In the half marathon,Viro Ma cemented his position as the most dominant male long distance runner in Cambodia since the great Hem Bunting. On a slightly long course (21.6k) his 1:20:22 equaled a 1:18 performance on a 21.1k.

The reason for the slightly long course is the unique road in Kep that doesn't allow for a shorter course layout. Runner-up Vann Pheara was also close to a 1:20 half marathon performance in 1:22:44.

In the women's division, Singapore-based Socheata Ung got the better of local favorite Muyngim Eng in 1:52:58 and 1:53:51 respectively. Also 'in the money' was American veteran Josselyn Neucom in 2:03:58.

Gratitude to Socheata for donating 100$ of her prize money to Marine conservation in the Kep area.

A special thanks to Kim Kok for bringing his team, and to Hiroya Kon for managing the Japanese Souyukai. Hiroya-san was indisposed and could not run, we hope for his swift recovery.

And, of course, we thank the helpers of the Khmer Athletic federation and local police for making this event possible!

The next Kep Halfmarathon has been scheduled for the same season next year. In the meantime, find other great races at runningincambodia.org